skip to main | skip to sidebar

Watashi no Atama no Naka no Keshigomu (2007) (Fukada Kyoko) 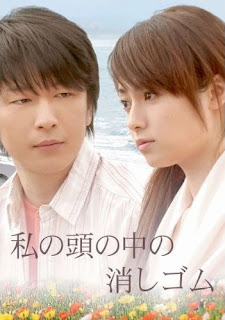 A young couple, the woman is an art school student while the man is an artist, will discover that the wife suffers from Alzheimer's disease. 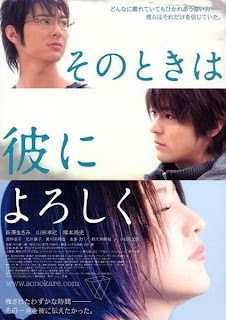 Like Ichikawa's previous works, the story is a love story and talks about three people's childhood friendship and their reunion after 15 years of separation. The movie stars Nagasawa Masami, Yamada Takayuki, and Tsukamoto Satoshi and will open in theatres on 2007.6.2.

The theme song is done by Shibasaki Kou and is titled "Prism" (to be released late May or early June), and is written from the point of view of the main character. 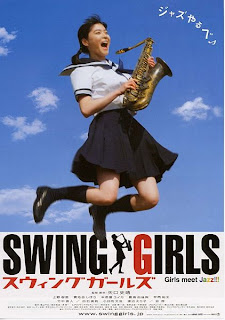 Swing Girls (スウィングガールズ) is a 2004 Japanese film co-written and directed by Shinobu Yaguchi. The film was very successful in Japan, earning a plethora of awards and critical praise. To maintain authenticity the actors in the film spent months learning to play their instruments at Yamaha Music School before they ever started filming. All the music in the film was actually performed by the actors themselves.

The Motion Picture Producers Association of Japan estimates Swing Girls earned approximately ¥2,150,000,000 in 2004, putting it in 8th place in box office earnings for the year (not including imported films).

This  is a Special Show, Horikita Maki biking in Europe. 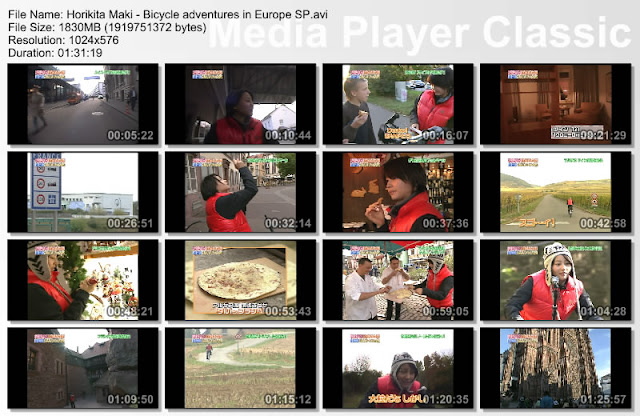 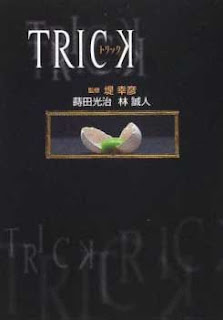 Although 23 year old Yamada Naoko is a "super" magician, she is continously fired and constantly hounded by her landlady for the rent being late. After being fired once again, her boss shows her an ad of a physics professor, a non-believer of all things magical, offering money to anyone who can prove to him that magic is real. Desperately needing the money, Naoko accepts the challenge, which is how she comes to meet Professor Ueda. Falling prey to her simple magic tricks, Ueda is impressed, and enlists Naoko to help him uncover the tricks behind a local cult. Their hilarious antics, along with those of police officer Yabe, leads them onto further mysteries, all with tricks needing to be solved in sort of an "X-Files" meets "Scooby-Doo"...

Shochikubai Miroku (Akanishi Jin) is the son of a police commissioner (father) and also a traveller (mother). Miroku has lots of connections and is a very good fighter. His interest is his motorcycle.

Kikumasamune Seishiro (Yokoyuma Yu) is the rich son of a large hospital. He also fights as well as Miroku. He is a good fighter with smarts.

Bido Granmarie (Taguchi Junnosuke) is the son of a Swedish ambassador. He's also a playboy, dating many girls at once. Granmarie can't see himself going steady because he thinks the world can't handle it.

Kenbishi Yuri (Minami) is the rich daughter of a world-renowned president of the Kenbishi Business. She loves to indulge on eating. She's also a good fighter, but can never beat Seishiro.

Hakushika Noriko (Kashii Yu) is the daughter of a famous japanese painter (father) and her mother is from a tradition tea ceremony family. Her only hate is men and can get very violent when they touch her.

Kizakura Karen (Suzuki Emi) lives with her mother, a rich jewel dealer. Her dream is to marry into a rich family using her attractive body and style.

Together, they formed the Yukan Club, solving mysteries to pass time. 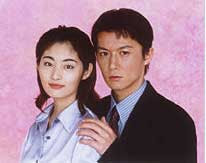 Graduate student, Shuji, fell in love with his neighbour, Eri, who has a dream of becoming a dancer. However, Eri was unwilling to give up her dream and hence left Shuji to go to America. Still, fate brings them back together time and again like a bittersweet refrain. 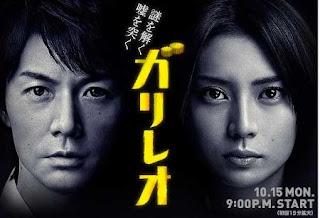 This original series stars Takashi Sorimachi as the pro baseball player Shunsuke Ogi, who is forced to retire after a shoulder injury. He continues to train in hope of returning to the game, but a sudden accident leads to his death. God decides to give him a second chance, placing his soul into the body of another man - a wealthy fund company manager - but adjusting to his new life isn't easy